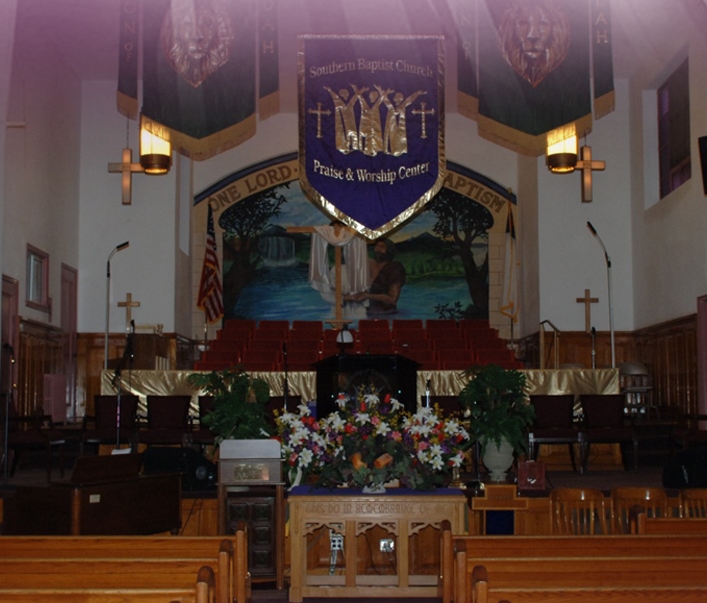 Southern Baptist Church was organized in 1927 in the home of Mr. and Mrs. Willie Collins at 820 First Street, N.W., Washington, D.C. Later the church moved to 141 D Street, N.E., to continue its worship services.

Rev. William Moore was elected Pastor and served from 1927 until his death in the early spring of 1928. After the death of Rev. Moore, Rev. James L Garfield was elected Pastor in 1928. The Church purchased property at 807 First Street, Northwest and remodeled it into a church building.

Rev. Murden Appling was called from labor to rest on April 5, 1975. The Church continued its growth and moved forward under the leadership of the Deacon and Trustee Boards and the Sons of Church.

On November 22, 1976, Rev. Charles Henry Doom, Jr. was elected Pastor of Southern Baptist Church. He was installed as Pastor on Sunday, February 6, 1977. These events started a growing and fruitful relationship. Bishop Doom has proved to be a very compassionate and inspirational leader. Under the leadership of Bishop Doom the Church has continued to prosper both spiritually and numerically.

As part of the growth progress many new bricks were laid in the foundation of our church such as: Christian education classes which are designed to provide both basic principles and in-depth study of God's Word; The purchase of a second van for the church; and the most memorable burning of the mortgage on the church extension in September, 1981.

Bishop Doom led the church in making many changes which have provided for more efficiency in the operation of the church's ministry. The administrative staff was increased as follows: The position of Church Administrator was established and Trustee William J. Wright appointed as Church Administrator; a full time church secretary was added to the staff and official church office hours were established.

To enhance the spiritual growth of the Church, Bishop Doom established: The Board of Christian Education, the Church Library, the For Women Only Bible Academy, Leadership Training for the Ministerial Staff, Candidates Class(adult and children), and Christian Bible Training (CBT).

The Church also offers many areas for counseling such as: Pre-Martial, Post-Martial and Pastoral Counseling.

The Women's Ministry (Daughters of the Covenant Promise) and the Men’s Ministry (Pacesetter’s) continue to grow. The Children (Kharisma) and the Youth and Young Adults (Joshua Movement) are on the move; each have been reorganized for a more effective program. The Senior Citizens have been organized into an active group of Seasoned Saints.

The Ministerial Staff has increased. Bishop Doom has licensed over twelve ministers and many other Ministers in Training have accepted the call to preach under his guidance. The Deacon Board has also grown by the ordination of Deacons and the appointment of Deacons in Training. Bishop Doom also appointed the first female Deacon in the history of the church. Bishop Doom also has sons and daughter of Southern who are now serving as pastors in various congregations.

Bishop Doom shared with the Church his God given vision for expanding the ministry to minster to the needs of the whole person both in the congregation and in the community. He articulated the need for additional facilities to operate the ministry. As a result, the church expansion program was initiated in August, 1985 to purchase the property identified as Parcel 14A located at the corner of New Jersey and L Street, NW.

Even today, Bishop Doom still shares the vision and is actively pursuing, with the support of the Southern family, even further expansion to accommodate the growing needs of our church and to enable and equip us to better serve our members and community.

Southern Baptist Church continues to move forward in its efforts to spread the Gospel of our Lord and Savior Jesus Christ and to minister to the needs of its members as well as to the community.

Southern is a fellowship with a strong desire to please God through obedience to His Word, to be an effective ministry for our Lord by submitting to the Lordship of the living Lord Jesus Christ, and serving humanity. We seek the favor of our Lord in spiritual growth, numerical growth, and financial independence.

It is a place where you will find open doors, open hearts, and an open determination to pursue true excellence in ministry.